Come Out, Come Out Wherever You Are! 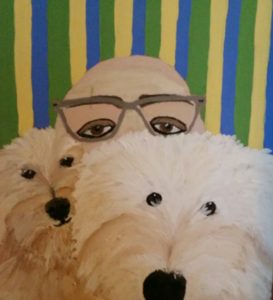 I was reading an article in the Chicago Tribune today about Barry Manilow, his recent public “coming out,” and acknowledgment of his marriage to his partner of 40 years.  The article talked about the mixed reactions of the public ranging from support to questions about why Manilow waited so long.

What disturbed me most about the article was its implication that coming out means we are finally living authentically.  The author writes, about his own coming out:  “I felt my mind clear and my stomach quiet.  Life was different now.  I knew that.”  And later he writes “but living my truth in public outweighed all that.  I was free to be me at last.”

As a social worker and therapist, I always want to support each person’s lived experience.  And I know that even if one of my identities is similar to or the same as someone else’s, that person’s experience cannot be assumed to be similar to mine.  So I don’t want to discount or dismiss the author’s experience of his own process of coming out.

I struggle, however, with the idea that when we come out we are finally living authentically, implying that everything that came before the act of coming out was inauthentic.  And also implying that we are somehow more evolved the more “out” we are.

For most of my career, I have worked with adolescents and adults who identify as LGBTQ.  I worked with runaway and homeless teens who were kicked out of their homes when they came out.  I facilitated coming out groups for a number of years, and then I began to do more specific work with men who were coming out as gay or bisexual while married to women; some who were coming out after 20, 30, or even 40 years of marriage.

A consistent theme that arose in my work with men coming out while married was around authenticity.  While they were sure that people congratulating them on coming out was meant as a compliment they cringed, however, when that was followed by kudos for finally being able to live authentically; that somehow everything that came before their coming out was inauthentic or, in the worst case scenario, a lie.

Raymond came to see me after telling his wife he identified as gay.  They had been married for 10 years, and had two young sons.   While Carolina, Raymond’s wife, felt hurt that Raymond had not shared this with her before they were married or earlier in the marriage, she was most hurt when she heard Raymond talk about finally being able to live “authentically.”

To her, his claim of authenticity implied their life together before Raymond’s disclosure was inauthentic.  She struggled with whether this meant he really didn’t love her, didn’t enjoy their life together, didn’t enjoy their sex together, and didn’t love their children.  If he was finally living “authentically,” that meant to her that everything that came before this, was “inauthentic.”   During one couples session, Carolina articulated this clearly:  “Is he saying that everything we had together was a lie?”

This became a common theme in my work with men coming out while married.  On the one hand, coming out allowed a long repressed identity to finally live and breathe.  On the other hand, they didn’t feel like their marriages to their wives and histories with their families were inauthentic; that coming out didn’t somehow invalidate who they were before they came out but instead, created an opportunity to live more fully.

In addition, it wasn’t always a relief to come out.  For some men, coming out lead to more isolation.  While they were able to tell their wives about their sexual orientation, it wasn’t possible to tell extended family and/or children.  In addition, some men didn’t want to leave their marriages when they came out.  They wanted their wives to know about a long hidden piece of their identity.

They felt others pressure them about divorce.  “Now that you’re out,” many friends said, “you can finally leave your wife and be your authentic self.”  Meant as a compliment, the insidious message was clear:  “Your life prior to coming out was not authentic.”  Many men shared with me they felt “too gay” to live a straight life, but “not gay enough” to live a gay one.

Recently, I was consulting at a community mental health center and the case being presented was that of Jade, a 16 year old girl who identified as lesbian but was living in a family who belonged to a fundamentalist Baptist church.  The only person she had told she was lesbian was her therapist.  She knew if she came out to her family, she would be judged, shunned, and possibly rejected entirely.

During the consultation, her therapist wanted to know how she could help Jade come out.  And how she could support her dealing with her family’s reactions.  “Maybe she could write a letter to her family,” one therapist suggested.  Another had the idea of her coming out during a family session with the therapist.  And still another idea was for her to tell each family member separately.

As the group continued to brainstorm, her therapist began to realize that coming out to her family was not necessarily in her best interest and, in fact, might not be safe.  When she voiced this, others in the group immediately challenged her about her client’s right to live authentically.

Some of us wondered though, if others were defining authenticity too narrowly.  If she chose not to tell her parents she identified as lesbian, was she not being authentic, or was she making a reasonable (and authentic) choice to think more strategically about when, and to whom, she came out?  We also began to consider that being lesbian was only one identity she held; about one truth about her life but she held multiple identities and multiple truths.

Ultimately, the group came up with ideas for how this young woman could continue to explore her sexual orientation in conversations with her therapist; that her therapist could go on the internet with her during sessions and identify resources, read articles, and look for the stories of others who grew up LGBTQ in conservative, religious homes.

Living authentically meant balancing being lesbian with other identities and other truths;  acknowledging her circumstances and building her internal and external resources until such time she could safely tell her family about her sexual orientation.  This might occur when she was old enough to leave home or perhaps even after she had left home to go to college.  Maybe, the group acknowledged, she might never choose to tell her family.

Another theme that arose in this consultation, and one that I discuss often with many of the people I work with who are in the process of coming out, is the complexity of defining what it means to be “authentic” and/or to “live authentically.”  For so many of us, we’ve learned to define authenticity as a binary concept:  either we are authentic or we are inauthentic.

For Jade, the task at hand wasn’t how to come out to every possible person in every possible setting.  Her work was around determining to whom she could come out, and in what setting it was reasonable to come out; how she could experience herself as living authentically within these parameters.

Her astute therapist also recognized the importance of helping Jade come out to herself, and see herself as holding multiple identities—her sexual orientation being just one of these.  Not sharing her sexual orientation with everyone did not mean she was living inauthentically, but was instead living as authentically as possible given other identities she holds and given the context in which she was living.

Older models of coming out—the ones I learned 35 years ago—were developed by white researchers who interviewed exclusively white gay men, retrospectively about their process of coming out.  Like many models of the time, it was linear in nature and implied the more out we are, the more evolved we are and, hence, the more authentically we are living.

What these older models do not account for is the non-linear nature of growth and identity development, and factors such as race, religion, culture, and geography; all of which contribute to the way we see ourselves, our relationships, and the world.   While we may have thought coming out everywhere was the “brave” thing to do, we realize more and more that sometimes not coming out to certain people and in certain places is the “brave” thing to do; that for each of us the process of living authentically is complicated and nuanced.

I distinctly remember a day in 1987 when my phone rang.  I was living over a thousand miles from my parents and, while I felt close to them, I had not come out to them.  I picked up the phone and heard my mother’s voice.  It was one of those inexplicable moments when hearing the voice of someone you love triggers a swell of emotion and choking sensation to hold back tears.

“What’s wrong?” my mother said.  I could not form words or make sounds.  “What is it?” she continued.  Finally, I squeaked out noises that I thought sounded like “It’s nothing.”

“I’m getting your father on the phone.”  That rarely happened in conversations with her, and I was confident his presence on the phone would only solidify my silence.  “Ralph, get on the phone.  Something’s wrong with Jeff.”

I heard the click of another extension and my father’s voice repeat what my mother had said earlier:  “What’s going on?  What’s wrong?”

Still, I could say nothing and there was silence for what felt like hours.  Eventually, my father spoke.

“No,” I whispered again.

And from what I know came from a long, silent, but intuitive part of my father’s sense of me, he asked:  “Is it a man?”

And after 27 years of keeping this secret from my parents, I responded:  “Yes.”

I remember at that moment I didn’t feel brave.  I didn’t feel relief.  I didn’t feel suddenly truthful.  And I didn’t feel authentic.  I felt scared, vulnerable, and incredibly surprised by the conversation it seemed we were having.  I was lucky that in that phone call, they couldn’t have responded in a more loving or supportive way.  The next weeks, months, and years though, ebbed and flowed with questions, grief, distance, and closeness.

It is only now, in retrospect, I realize that “coming out” to them wasn’t when I said “yes” to my father’s question.  It was and has been the 30 plus years following that conversation, negotiating my many identities with them prior to their deaths, and with others, in a constantly shifting landscape of time and the many other identities I hold.

Coming out is not an event.

Coming out isn’t always the bravest course of action.

Coming out isn’t about telling the truth.

And coming out doesn’t mean we are suddenly authentic.

For all of you reading this and learning something new about me, I hope you don’t find everything you knew about me prior to be inauthentic or misleading.   Like all of us in all of our relationships, our sense of ourselves and our sense of others is always evolving.

Coming out is about telling one truth among the many truths of who we are.  In one way or another, we are all, and always will be, coming out.

“Come out, come out, wherever you are and meet the young lady, who fell from a star.”
The Wizard of Oz

A Love for Couples

Trans-Parenting: My Son Says That He Is My Daughter. Now What?

Take Care of Yourself!